From Ancient Greece to the late 19th century, rhetoric played a central role in

statesmen, and poets. Even high school students were taught rhetoric.

Rhetoric is the art of persuasion, which along with grammar and logic. It is one

of the three ancient arts of discourse. It's aim is to study the capacities of writers

or speakers needed to inform, persuade, or motivate particular audiences in

Rhetoric typically provides a method for understanding, discovering, and

developing arguments for particular situations. According to the art of rhetoric, "argument" is the activity of logic thus any profitable (good, true, competent,) argument is a manifestation of the reasoning process. With the loss of rhetoric in our modern education system we have also lost or modified the meanings of some of our words related to it. For instance, our modern idea of the word "argument" doesn't mean the same thing as it once did. Instead we should be having "discussions" instead of arguments.

What’s the difference? By today's standards, in discussion we are searching for

the truth, and in argument we want to prove that we are right. In a discussion,

therefore, we want to know someone else's views, and we listen to them with an

open mind. In a modern argument, we don’t care anything about other opinions,

we want them to hear ours, hence, while someone else is talking we are simply

thinking over what we are going to say as soon as we get a chance. Instead we are  trying to convert someone to our side, instead of understanding their convictions,

where our positions differ, and the common ground we share. It boils down to 'Discussion is about logic and understanding' while 'Argument is about emotion

when having a discussion

Let your Conversation be without Malice or Envy, for 'tis a Sign of a Tractable and Commendable Nature: And in all Causes of Passion admit Reason to Govern.

Be not Tedious in Discourse or in reading unless you find the Company pleased therewith.

Be not tedious in Discourse, make not many Digressions, nor repeat often the Same manner of of Discourse. 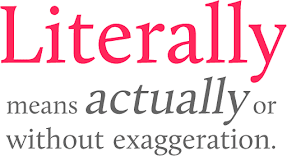 Keep calm and take a birds eye view of history

November 04, 2020
I know you might think this is the end of the world or that the country will fall apart if Biden wins. Believe me, it will not. I speak from the wisdom of someone who has been around for almost 50 years and 9 presidents (very few good, most mediocre, and some bad). There will be many more that will come and go in the rest of my lifetime. But once you look back at the arc of history things are not that bad. The span of human history includes the rise and fall of civilization, plagues, tyrants, wars, political violence, tragedy and so much more. Living through history is no easy thing. It was not easy millennia, centuries, or even decades ago and it is not easy today. The last thirty years alone have included the bursting of multiple financial bubbles, terrorist attacks, impeachments, wars, genocides, pandemics, and technological disruptions. Given that we live life day to day, all these ups and downs can exhaust us, even break us. They can make us doubt our faith—in institutions
Read more